report free. TG4, the Irish language television station, was presented with the Lifetime Achievement Award by President Michael D. Higgins at the Oireachtas Media Awards. Other winners on the night included Bláthnaid Ní Chofaigh for her weekly RTÉ Raidió na Gaeltachta show ‘Bláthnaid Libh’, Stíofán Ó Fearail, from Gaeltacht band Seo Linn and Alan Titley, Irish Times columnist.
Best Radio Broadcaster went to Raidio na Gaeltachta’s Rónán Mac Aodha Bhuí whilst Síle Nic Chonaonaigh took home the award for Best Television Broadcaster. Galway’s Tara Breathnach won Best Actor for her role as the mother of an autistic boy in Maidhm.
The annual awards, which took place in the Salthill Hotel, Galway, celebrate achievement and excellence in the Irish language media sector and honour actors, journalists, presenters, programme makers and others who have excelled in their contributions in the last year. A new category for Best Short Film was introduced this year and was won by Meangadh Fíbín for their film Snámh in aghaidh Easa.
“It’s a huge honour to have the President present the awards, particularly as TG4 celebrates its 20th anniversary this year” said Liam Ó Maolaodha, Director of an tOireachtas. “President Higgins played an integral part in the founding of the station and has always been an advocate for both Irish language media and the arts. These awards are one of the highlights of the Irish language media sector’s calendar and reflect and celebrate the thriving industry that it’s become,” he added.
Independent filmmakers Magamedia took home the award for Best Television Series for EIPIC as well as Best Television Programme for Deoch an Dorais. The documentary tells the true story of Irishman Mike Malloy who survived over 20 attempts on his life in depression-era New York.
Photos caption:
Pictured at the Oireachtas Media Awards in the Salthill Hotel Galway was Galway’s Tara Breathnach who won Best Actor for her role as the mother o 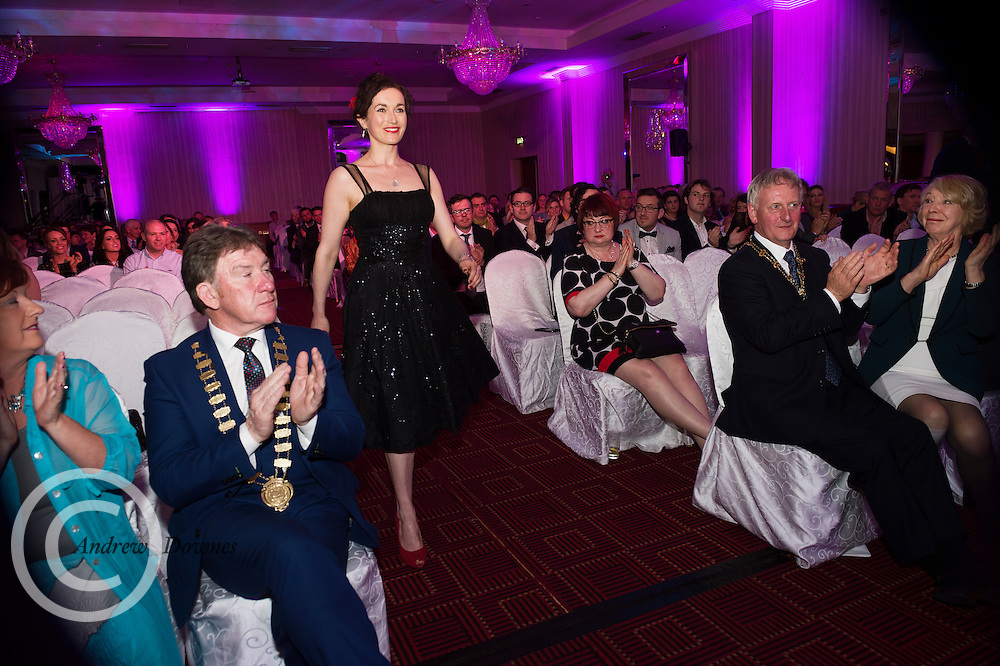